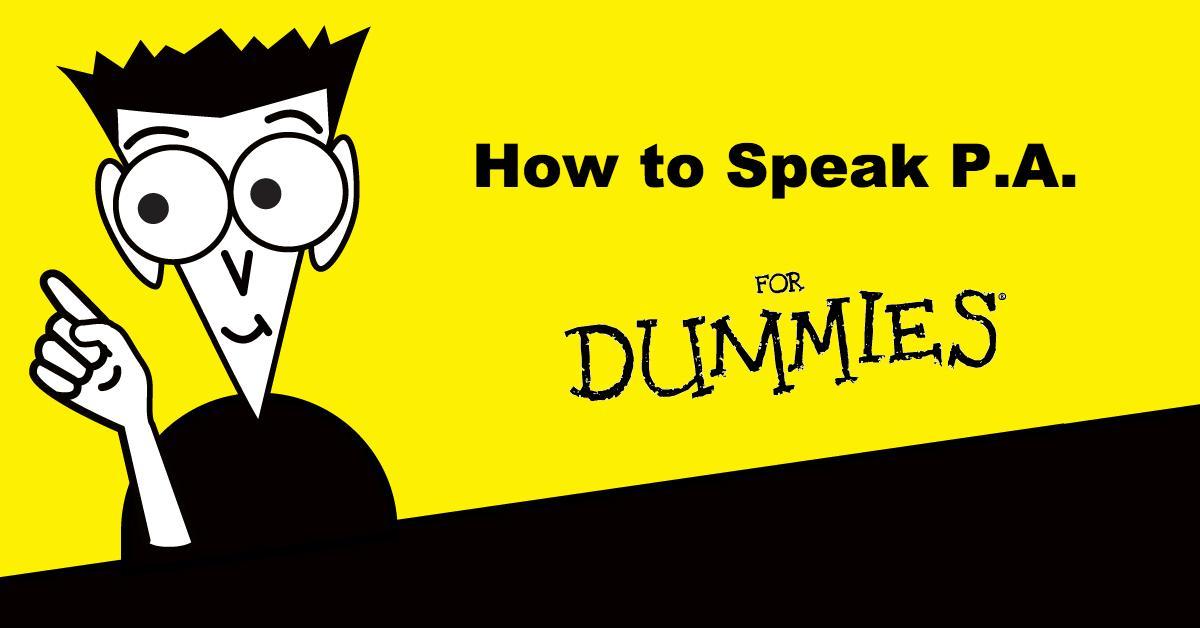 Across the world, people of different regions develop a dialect unique to the residents of that area. While some may think that Saskatchewan folks, in general, have a distinct accent, they have not yet met the residents of Prince Albert. Even those who no longer live in Prince Albert cannot hide their true roots: at one time or another the “P.A. talk” comes out.

You Know You're From Prince Albert When…

We Prince Albertans are known for our great sense of humour and even greater mastery of sarcasm. This cannot be more exemplary than in the way we talk. Commonly referred to as the “gateway to the north” of Saskatchewan we are typically known for being the last big city before heading up to lake country. However, we are more than just the “gateway to the north” we have a distinctly awesome dialect — in fact, our P.A. vocabulary put us on the map. In 2014, a McDonald’s billboard featuring P.A. slang went viral across the internet, making our Prince Albert tongue famous around the globe. 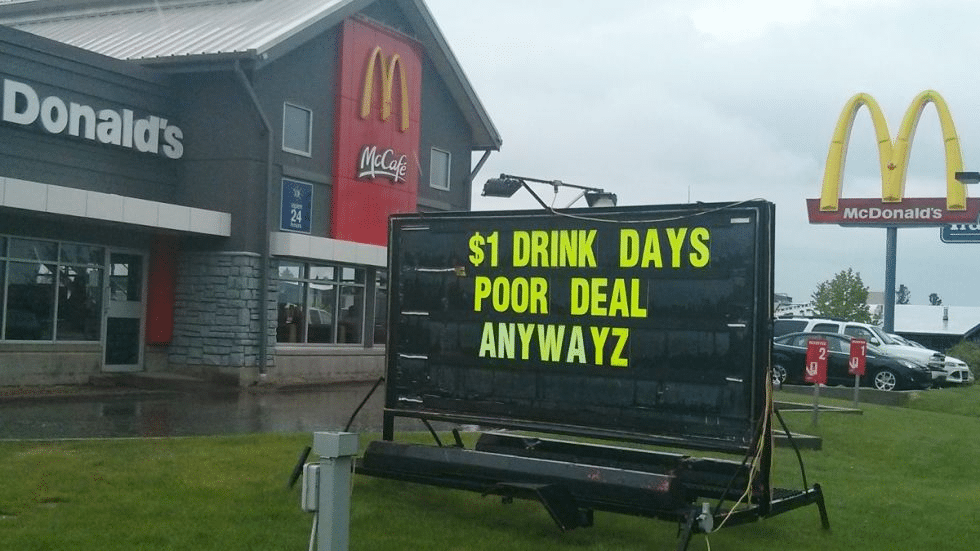 Top 20 P.A. words and phrases you should know

1. Anywayz (adverb) - a non-standard form of the word “anyway”. Typically used at the end of a sentence to the sentence’s meaning.

Example: “He’s got a poor ride from Lakeland Ford, ?” 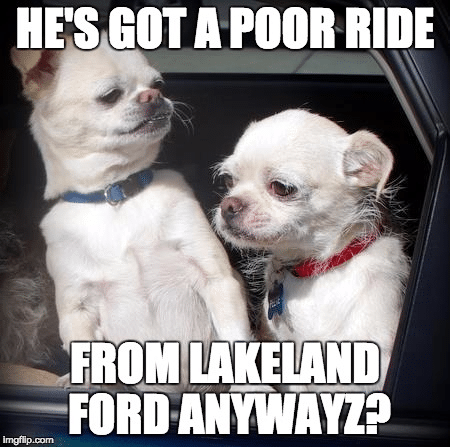 2. You’re Poor/Hardly Poor (phrase) - you are awesome/cool/great. Used in a form meant in the opposite context.
Example: “You’re hardly poor in your sweet F-150, cuz.” 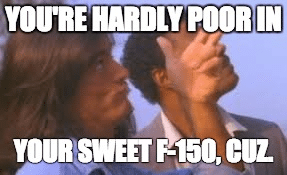 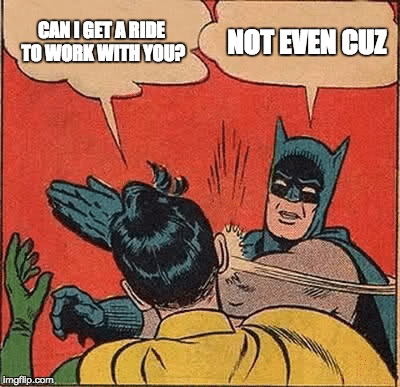 4. Cuz (noun) - cousin, friend. This can be a first cousin, second cousin, or even distantly related. There may be no blood relation but a kinship or some sort to distinguish a familial type bond.
Example: “Hey, cuz. You want to take me to Lakeland Ford to get my new whip?” 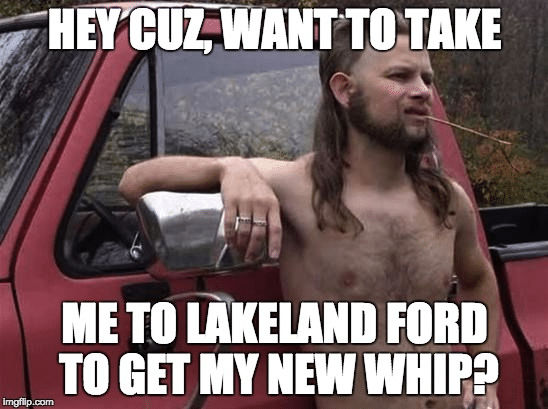 5. Small Deal/Poor Deal (phrase) - The opposite of a small deal. This, in fact, is a large and great deal.
Example: “Small deal you didn’t get on your truck from Lakeland Ford cuz?” 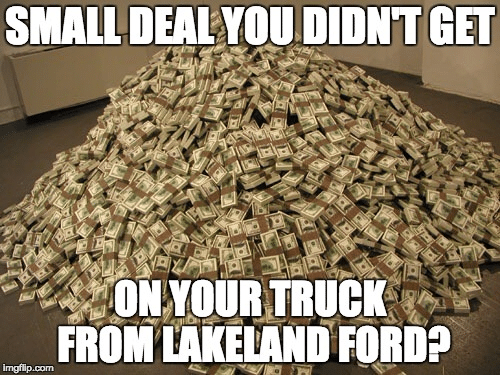 6. Ever Sick (phrase) - Awesome/deadly.
Example: “This new loaded truck of mine is ever sick, cuz.” 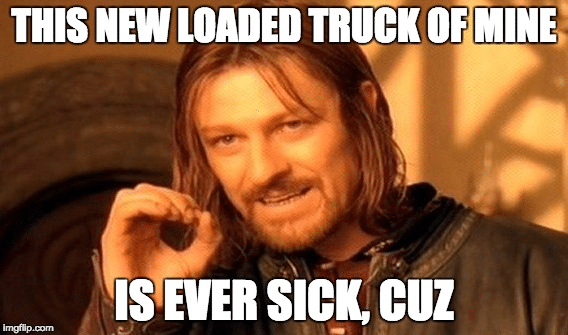 7. You’re Smart (phrase) - Phrase used when telling someone they are not actually making the smartest decision.
Example: “You’re smart going to another dealership besides Lakeland Ford.” 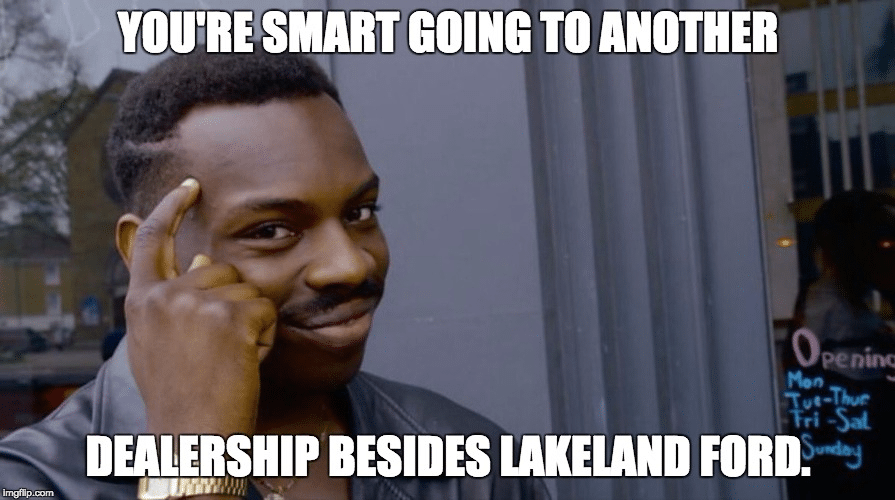 8. “Haaaaaah” (sound) - a laugh but not a laugh. Used to indicate that one is not serious about their statement, but it was meant in a joking manner. Used to entice laughter from the speaker’s audience.
Example: “Time for a new ride cuz, er what? Haaaaaaaah.” 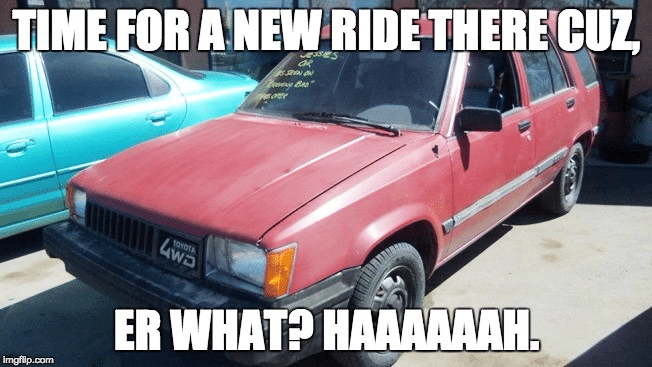 9. You’re Loose (phrase)- the opposite of loose. “You’re Loose” indicates that you are actually being stingy or tight with money, possessions, etc.

Example: “You’re loose to drive the same old truck around. It’s time to get a new one eh cuz.” 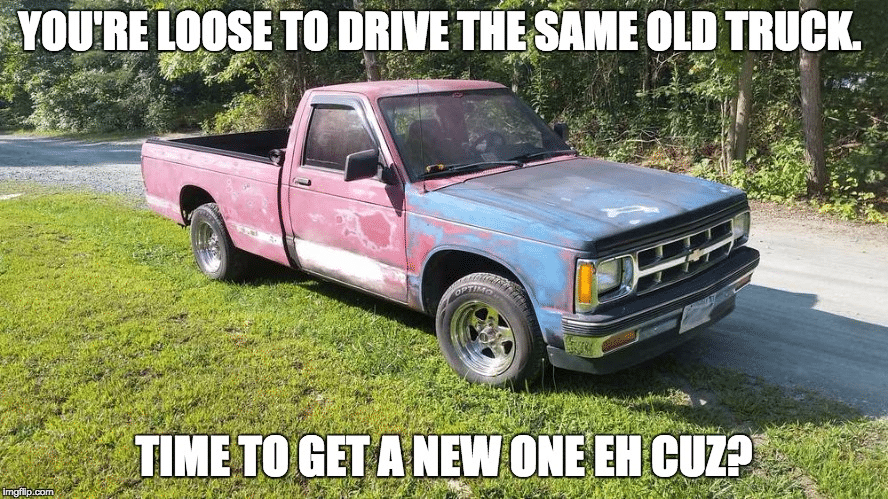 10. You’re Tight (phrase)- the opposite of tight. “Your tight” indicates that you are actually a bit too giving with your money or possessions etc.
Example: “They’re tight at Lakeland Ford. Look at the poor deal I got.” 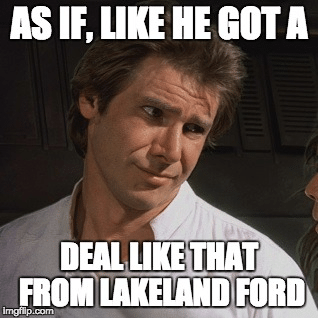 Interesting Fact: You may have thought that only Valley Girls say “as if”, but indeed we keep saying it in P.A. We aren’t sure if the movie Clueless had any impact on whether we started saying it or not, but we keep on saying it and no, we don’t say it anything like Alicia Silverstone did.
12. Chilly (adjective) - The opposite of cold, but in fact warm.
Example: “It not chilly in here . Turn up the A/C cuz.” 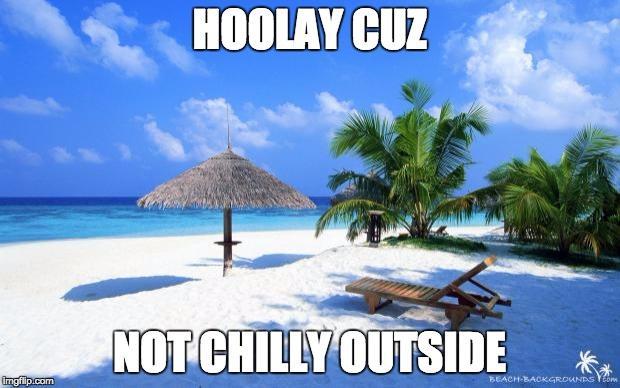 13. Cute (adjective) - Not actually looking cute but in fact the opposite, to look foolish or ridiculous.
Example: “I’d be cute driving a Chevy. I’m getting a Ford, cuz.” 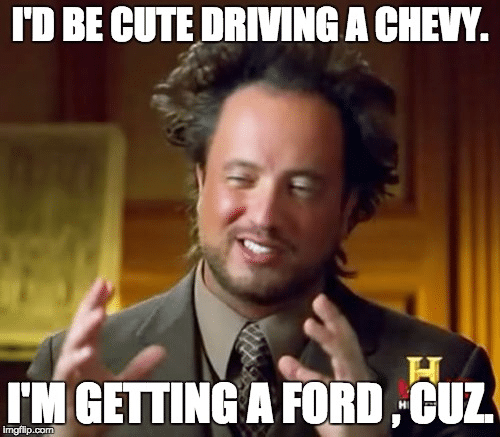 14. Chip Ins (phrase) - When everyone chips in towards buying something to be shared amongst the group. Can be referred to any type of financial contribution towards a single product.
Example: “Who has for gas? I’m not paying for it all myself.” 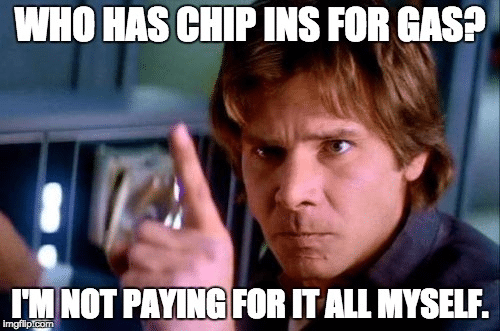 15. Hardly (adverb) - Not hardly, but in fact, quite a bit. Used in the opposite context to mean a lot.
Example: “Hardly much chrome on this truck to be poor.” 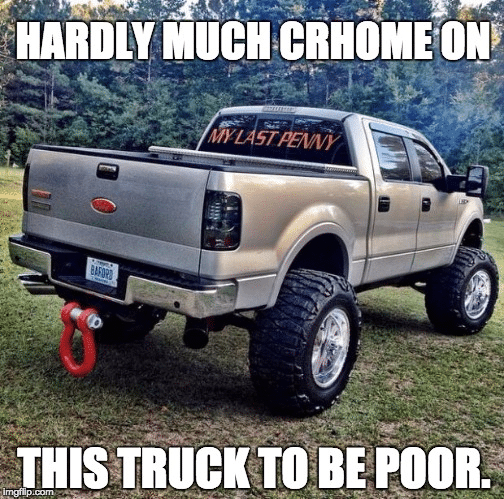 16. Small/Tiny (adjective) - Not small or tiny but in fact quite large. Used in the opposite context.

17. Shy/Shy Much/Right Shy (phrase) - Not, in fact, shy but quite outgoing or show-offy.
Example: “You’d be shy to lift your truck that much .” 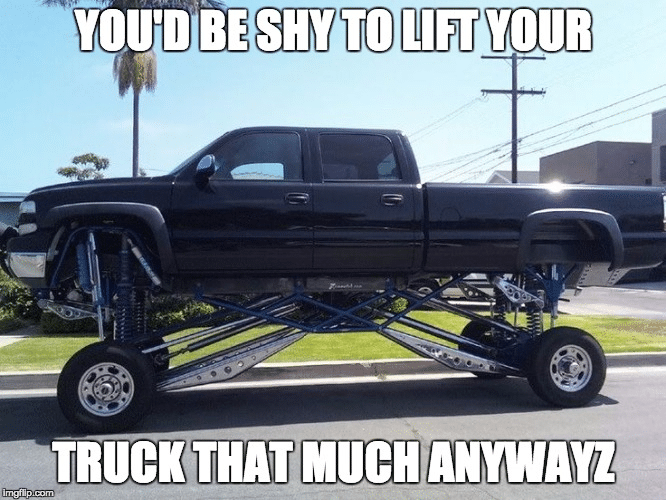 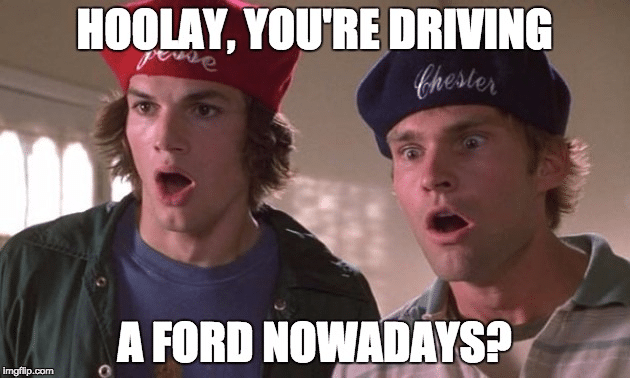 19. You Don’t Even (phrase) - Yes, you do actually. The opposite of actual context.
Example: “You don’t even wish you had my truck bro.” 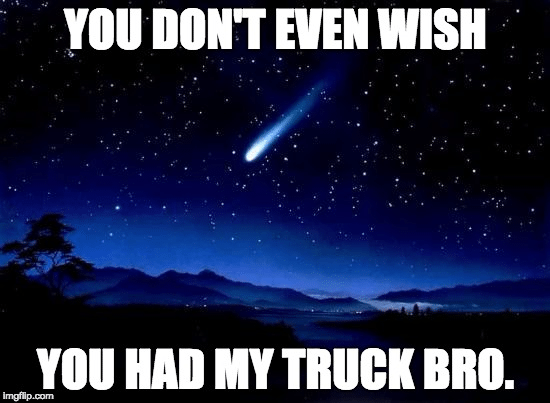 20. Nice (adjective) - The opposite of nice. Used to make fun of someone.
Example: “Nice truck cuz. Time to get a new one!” 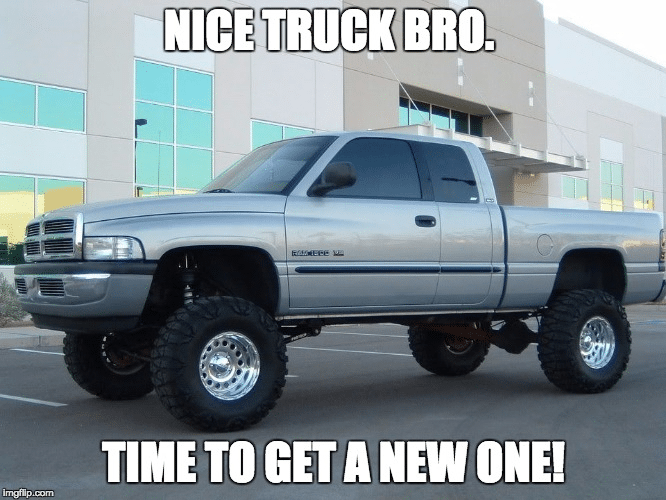 Pro Tip: Sentences may be inflected to sound like a question, or even phrased like a question when they are indeed a statement. Think of these types of sentences as rhetorical questions.

When you come to Lakeland Ford fellow Prince Albert peeps, fear not. We speak your language! If you have any examples we missed that you think we should add, let us know. We hope to grow this list as the ultimate guide to P.G. P.A. vocabulary.